One of the things we hear most about Houston is that it’s one of the most diverse cities in America, if not right at the top.   Still, when people think of Texas, diversity isn’t the first thing to come to mind. It’s not always reflected in the presentation of the Bayou City, and if you grew up here, you may be so accustomed to it that you wouldn’t think twice about it. 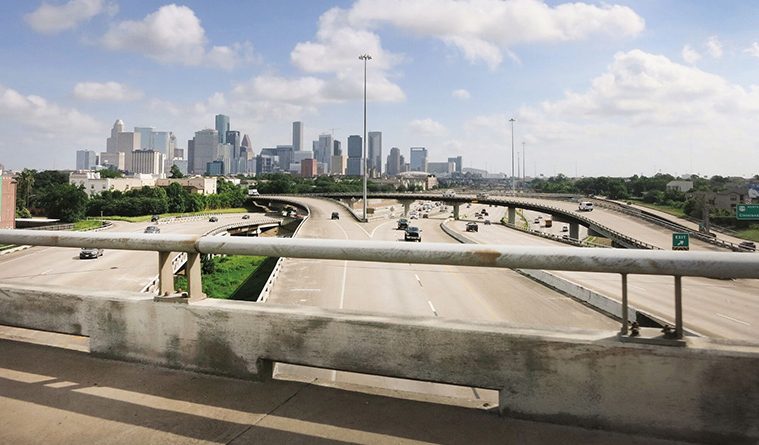 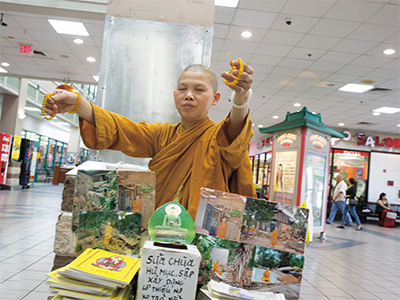 One of the things we hear most about Houston is that it’s one of the most diverse cities in America, if not right at the top.   Still, when people think of Texas, diversity isn’t the first thing to come to mind. It’s not always reflected in the presentation of the Bayou City, and if you grew up here, you may be so accustomed to it that you wouldn’t think twice about it. We should, though. The multicultural backdrop of the city is the reason it has such a strong arts community. It’s why we are never left wanting when we have a weirdly specific food craving. It’s something we should strive to remember and embrace on a regular basis.

In the Eyes of Our Children: Houston, An American City  serves as a reminder of the people who make Houston the city it is. Accompanied by an exhibition of the same title, on view at Rice University from March 7-31, the book itself is a collection of hundreds of images, photographs and monoprints, created by children in communities across Houston. The book and exhibition started as part of a project by Geoff Winningham, a photographer and professor at Rice, and his wife Janice Freeman, an artist based in Houston.

“It was so exciting to get the kids together and take them on field trips to parts of the city they had never seen before,” Winningham says, recounting the earliest iteration of the project. He stated that the endeavor that ultimately led to the book was part of a program by Houston Grand Opera that placed artists in Houston schools and had them work with students of a wide variety of backgrounds to create works that reflected the idea of home. 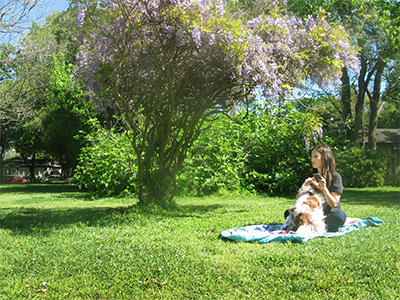 “It’s a unique vision of the city,” the artist says, as he thought back on the project, which lasted almost six years in total. Over the course of the project, Winningham, and a group of undergraduate volunteers from the university worked with 132 different students, aged 6 to 16. “We guided them, and we collaborated with them,” he says. The students would go on field trips to destinations across the city. Some, like the Museum of Fine Arts, Houston or the Orange Show, are fairly standard tourist destinations, while others were simply neighborhoods that the groups would explore and document. In either instance, you can find an example of something that we often take for granted. Just as you might walk right past a public sculpture, you could drive through a community completely oblivious to the people we share our home with.

Throughout the process, Winningham would teach the children photography basics and work to help them hone their eye for moments to capture. “I learned in Mexico, when we started in 2007,” he says, recalling a similar project he and his wife had led, “that there were certain things I could do to guide the kids while preserving their own original way of seeing.” As the students would wander the space, Winningham would make suggestions of potential subjects. “I did a lot of pointing,” he recalls.

Beyond physical gestures, though, encouragement played a huge role in the project. “This is probably the biggest thing of all, encouraging them not to be too shy.” Over the course of their outings, the students learned a lot through trial and error about framing the shot, timing it right, and not being afraid to try again. 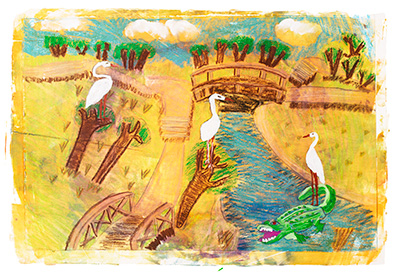 The process was just as helpful for Winningham, as well. When asked what he’s learned from the project, he sat back and thought for a moment. The first thing that came to mind was a sense of excitement, but this was quickly overtaken by another feeling – astonishment.

“There are pictures in the book that I look at and am just amazed,” admits Winningham. “What does it mean that an eight-year-old coming down an escalator can, in a split second, grab a picture of a person on the other side that rivals some masters? What does that mean about photography?” It’s an interesting and pressing thought for the field of photography. The rise of digital cameras and editing software have ensured that there is little consequence to a wasted shot, allowing for much more flexibility.

Although this particular question regarding the future of photography only came up once in our interview, Winningham often expressed that he was intrigued by the widespread access to cameras provided by smartphones. When so many people have access to a digital camera and can snap a photo in a split second that can crisply capture a captivating moment, what separates skill from dumb luck? The simple answers are context and a portfolio, but that’s a little boring. There are more interesting explanations to explore, and perhaps one of the children from the book will do just that. 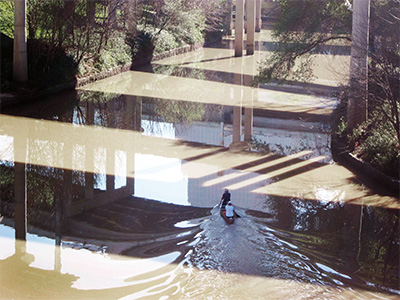 “If the book is a good group of pictures,” Winningham says, “it’s a product of their energy, their innocence, and their originality.” The children who participated in this project will hopefully grow up maintaining their connection to the art world and continuing to hone what they’ve learned. It’s up to the rest of us to ensure that it remains as diverse tomorrow as it is today and to stop taking one of the best things about our city for granted.