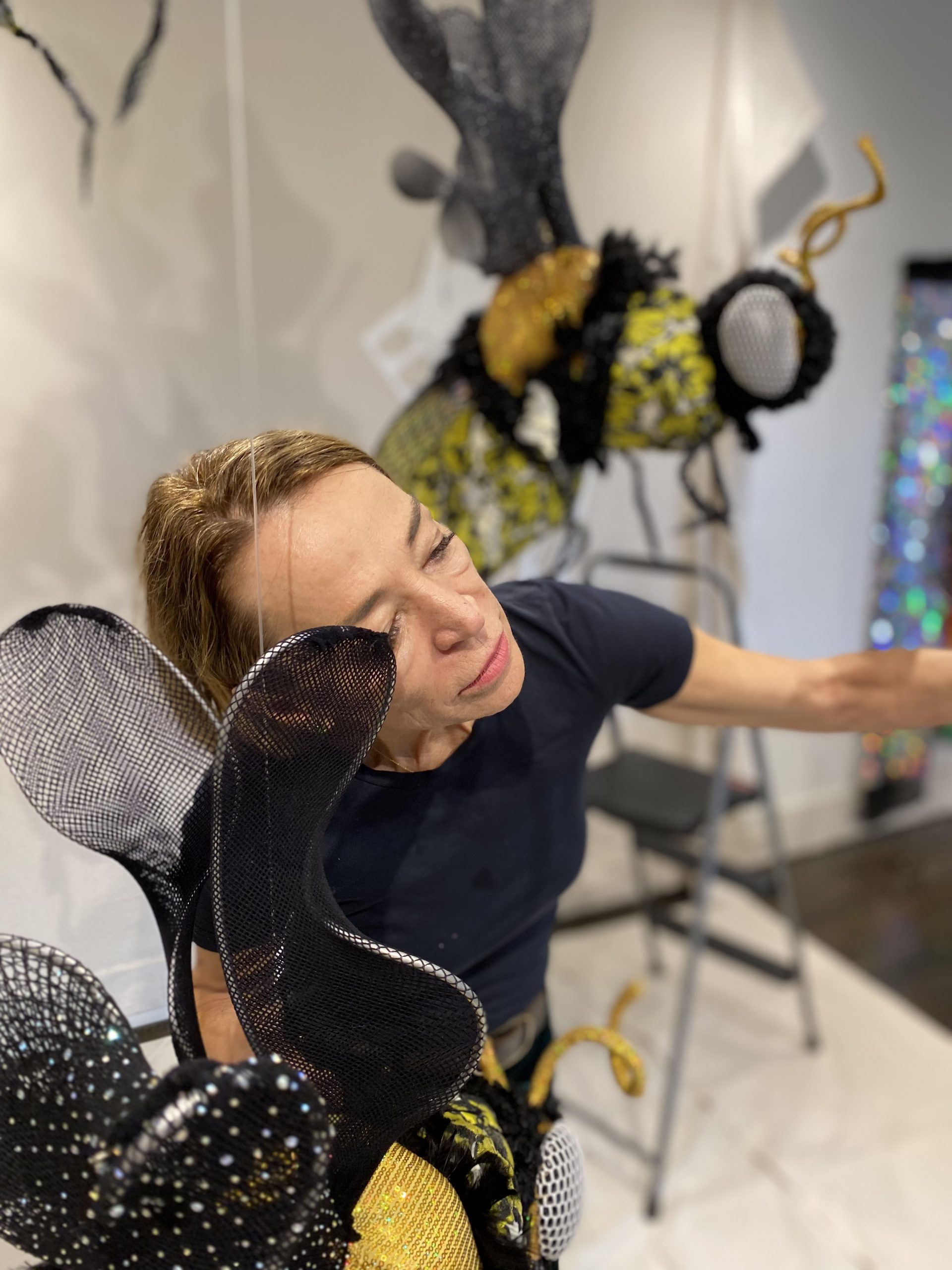 Janice Freeman works in a wide variety of mediums, including oil, collage, monotypes, encaustic and sculpture. She has described herself as a colorist first. After graduation from HSPVA, and a BFA from the University of Texas, Freeman established a studio in Dallas, exhibiting at the Edith Baker Gallery and Dallas Museum of Art.  In 1996, she established representation with Nancy Littlejohn in Houston, Taos Blue Gallery in New Mexico, and Paragon Gallery in Los Angeles. Freeman has exhibited her work widely in the United States, Mexico, and Spain. In 2009, the Museo Regional de Querétaro mounted a solo exhibition of 27 new paintings by Freeman. The show, Historias, Sueños, y Travesías, with a catalog introduction by David S. Rubin Brown, Curator of Contemporary Art at the San Antonio Museum of Art, then opened in November of 2010 at the Gallery Nord in San Antonio. In 2011 her painting Tornadoes and Nests appeared in the new acquisitions exhibit opening at the San Antonio Museum of Art.  She exhibited at the Washington Avenue Arts District Silos on Sawyer, curated by Bill Arning of the Contemporary Art Museum of Houston and Julie Gillian of University of Houston, with an article written by Arning for ARTnews Magazine. She has shown an exhibition of large-scale oil paintings on brushed aluminum panels at Williams Tower curated by Sally Sprout. In 2019, Lone Star College acquired two paintings for permanent display. In 2022, she is exhibited her giant bird installation at Bill Arning Exhibitions, oil paintings at Open Mind Gallery in Santa Monica, light sculpture digital compilation prints at Fab Cab Gallery in Culver City Arts District, California, and a coming solo exhibit at Cothren Contemporary in Houston in September of 2022.